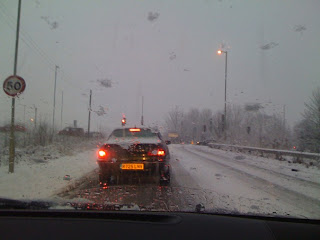 ¬†
Complete chaos and the worst driving experience ever for me! Apparently Basingstoke and Reading were the worst hit areas (http://news.bbc.co.uk/1/hi/uk/8427087.stm)
¬†
After 7.5 hours to drive less than 4 miles I made it to Chineham where luckily I had somewhere to stay for the night. At first I attempted to drive back to Reading through the A340 – after seeing a car roll back down a hill and smash into the one behind I decided to turn around. 2 hours later I had managed to get onto the Basingstoke ringroad which was a complete standstill!
¬† 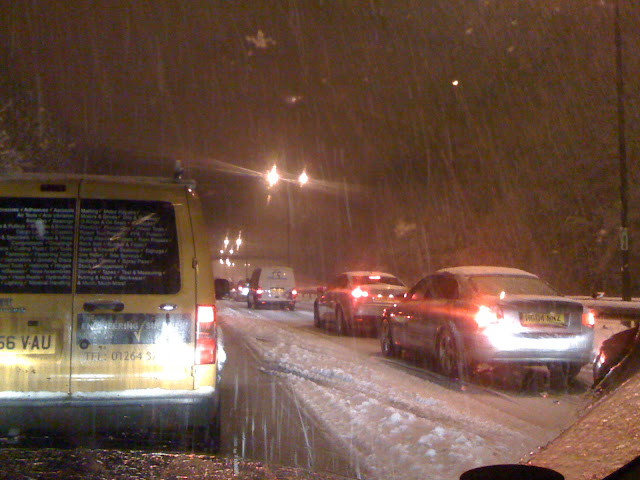 ¬†
¬†
¬†
¬†
¬†
¬†
¬†
¬†
¬†
¬†
¬†
¬†
¬†
It was the scariest drive I’ve ever done, I was skidding everywhere & very nearly hit a car even though I kept right back! I put my foot on the brake and I just kept gliding!! There were sirens everywhere and cars being abandoned (I didn’t want to risk leaving mine and it being bumped into!) There were some nice people on the side of the roads giving us tea & biscuits 🙂 well needed by 10pm!
¬†
This morning was also a nightmare – luckily I had help getting my car out 🙂 The A33 was extremely slushy but I finally made it up about midday – only 22 hours after I left the office!